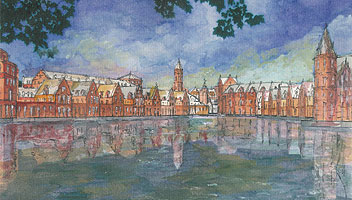 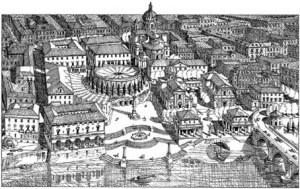 We must respect the land. It is our birthright and almost every inch of it is densely layered with our island history 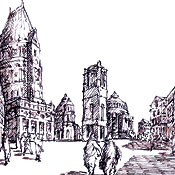 There are two kinds of hierarchy which need concern us here. One is the size of buildings in relation to their public importance. The other is the relative significance of the different elements which make up a building – so that we know, for instance, where the front door is. 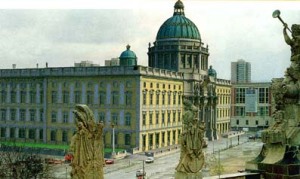 Man is the measure of all things. Buildings must relate first of all to human proportions and then respect the scale of the buildings around them. Each place has a characteristic scale and proportion: farmhouses in Nottinghamshire may be tall and thin and in Northumberland they may be low and squat. It is high, and out-of-scale buildings that are damaging. 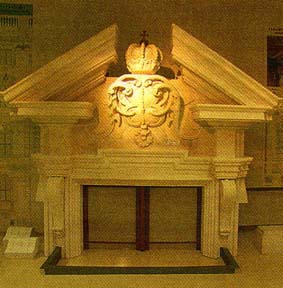 Harmony is the playing together of the parts. Each building that goes beside another has to be in tune with its neighbour. A straggling village street or a wide city avenue which may consist of buildings belonging to different periods can look harmonious. 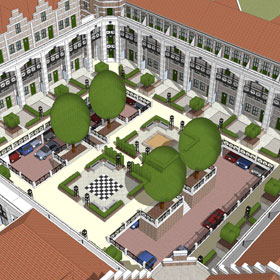 One of the great pleasures of Architecture is the feeling of well designed enclosure. It is an elementary idea with a thousand variants and can be appreciated at every level of building from the individual room to the interior of St. Paul’s Cathedral, or from the grand paved public square to the walled garden. 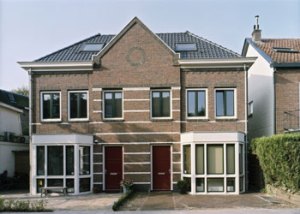 Britain is one of the most geologically complicated countries in the world, and as a result it is one of the most beautiful. Our rich variety of building materials is a source of constant pleasure and surprise, for our villages and towns were built from what came closest to hand: stone in Northamptonshire, timber in Herefordshire, cob in Devon, flint in the Sussex downs, brick in Nottinghamshire. Each town and each village has a different feel, and fosters a fierce loyalty in those who belong there. We must retain this feeling; we must ensure that the local character is not permanently ended. 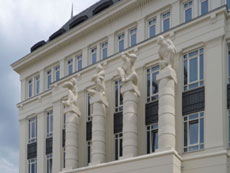 There seems to be a growing feeling that the modern functionalist buildings with no hint of decoration give neither pleasure nor delight. The training of the modern architect rarely encompasses the rules of ornament or the study of past examples of applied decoration. There is no longer a universal language of symbolism, and the gropings of some critics towards the imposition of meaning on what they call post modern architecture has been fairly unfruitful. 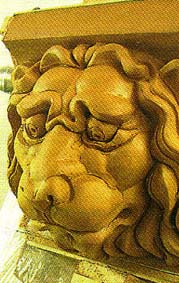 While decoration is concerned with repetition and pattern, a work of art is unique. Why is it that contemporary artists play such a small part in the creation of our surroundings? Architects and artists used to work together naturally; today they are worlds apart. Look at so many of the great buildings of the past, where the architect needed the contribution of the artist to complete the splendor of his total vision. 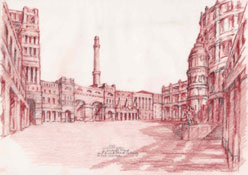 Far too many of the marks of 20th-century progress take the form of ugly advertising and inappropriate street lighting, apparently designed only for the motor car. The car and commerce are both vital to the wellbeing of the country, but it is the junk they trail with them that we have to tackle. 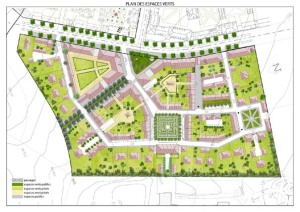 People should be involved willingly from the beginning in the improvements of their own surroundings. You cannot force anyone to take part in the planning process. Legislation tries to make it possible, for people to share some of the complex processes of planning, but participation cannot be imposed: it has to start from the bottom up.