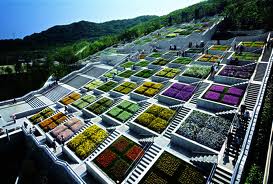 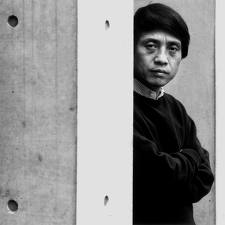 Architectural Record: How do you approach the problem of creating architecture?

Tadao Ando: You cannot simply put something new into a place. You have to absorb what you see around you, what exists on the land, and then use that knowledge along with contemporary thinking to interpret what you see.

AR: What do you respond to from your own tradition that has some meaning for you and your work at this point in your life?

AR: You have taken the Modernist idiom for your architecture and made it your own. How do you see this language evolving?

AR: There are several themes in your work that are striking. For example, you conceive of space as a dark, heavy, and powerful void.

TA: If you give people nothingness, they can ponder what can be achieved from that nothingness.

AR: Yet another theme in your work is the element of surprise. You take a path, which makes a turn, and you discover something else.

TA: When I design buildings, I think of the overall composition, much as the parts of a body would fit together. On top of that, I think about how people will approach the building and experience that space.

AR: You are constantly drawing. How has the computer modified your design process?

TA: When I draw something, the brain and the hands work together. My hand is the extension of the thinking process—the creative process. The computer offers another kind of creativity. You cannot ignore the creativity that computer technology can bring. But you need to be able to move between those two different worlds.

AR: It’s not fashionable to talk about beauty, but in looking at your buildings, I think about it. What is the role of beauty in your work?

TA: There is a role and function for beauty in our time. In Japan it may be translated into the concept of Uskuji, which also means a beautiful life, that is, how a person lives––his or her inner life. It’s something beyond appearance, or what only meets the eye. You can’t really say what is beautiful about a place, but the image of the place will remain vividly with you. People tend not to use this word beauty because it’s not intellectual—but there has to be an overlap between beauty and intellect.

AR: You purposefully introduce intuitive, internal, or illogical elements into your work. These are very human attributes. Is this a way of understanding and connecting to people?

TA: You’re absolutely right. It’s a way of relating the work to people.

AR: How does your architecture come to terms with the immense speed of change going on in the world now? For example, you designed the Komyo-ji Temple in Saijo, Ehime, out of wood, which suggests impermanence. It seems like the Ise Shrine in Nara, which is rebuilt every 20 years.

TA: The speed of change makes you wonder what will become of architecture. In the West there has always been the attempt to try make the religious building, whether it’s a Medieval or Renaissance church, an eternal object for the celebration of God. The material chosen, such as stone, brick, or concrete, is meant to eternally preserve what is inside. But in Japan, there’s nothing like that, since the temple is made of wood. The divine spirit inside the building is eternal, so the enclosure doesn’t have to be. Japanese architecture, therefore, allows you the freedom to express this concept. It’s a mistake to adhere to the stylistic development of religious architecture of the past and try to imitate it.

AR: What about the role of craft in your work?

TA: The level of detail and craft is something that’s inscribed within the original design concept. And so when I begin to draw, I know what kind of detailing I want the building to have.

AR: What do you see as the role of architecture in the world?

TA: We have to realize that the „age of discovery” has brought with it a disruption of the environment. Now architects are facing the „age of responsibility.” When you design and build something, you have to consider what you are taking away from the earth or the environment in order to make something new. At the same time, I would add that the American people have a lot of courage. This is embedded within the American spirit, the „frontier spirit.” You always want to try to make something new, and, of course, America is the world leader in economics today. I hope America can also be the cultural leader of the world, and use this frontier spirit to lead and show others that we need courage to go places where we have not gone before.

If you look at the 1950s, you will notice that the modern world’s most representative architecture was created in the United States at that time—such as the Seagram Building. And even before that, with the Chrysler Building and Rockefeller Center, you can see that American society was interested in creating a culture of the future. But now, more and more, its society is concerned with economy and finance. I hope that America as a whole, and especially its architects, will become more seriously involved in producing a new architectural culture that would bring the nation to the apex—where it has stood before—and lead the world.

***When I investigate and when I discover that the forces of the heavens and the planets are within ourselves, then truly I seem to be living among the gods.*** / Leon Battista Alberti